In her new book, Becoming , the former first lady takes the opportunity to correct us, and recounts her life from the beginning: growing up on Euclid Ave on the South Side of Chicago, her journey to Princeton, to Harvard Law School, becoming a high powered attorney, marrying Barack Obama, raising her two daughters while working full time, transitioning careers, becoming a political spouse when she hated politics and her journey all the way to the White House.

It's inspiring, it's raw and reassuring as she explains that she indeed has failed, often experiences self-doubt and has been hurt by things the media and other people have said. But she kept moving forward, kept doing excellent work and let her accomplishments speak for themselves. The former first lady relished meeting with young people, especially young girls, and writes that it was one of her favorite parts of the role.

You hear me? After grinding through Princeton then Harvard Law School, Obama prepared to take the bar, and the results were not what she expected. But I'd blown it with the bar. I was ashamed, sure I'd let down every person who'd ever taught, encouraged, or employed me. I wasn't used to blundering. In the end, aside from issues of pride, my screw up would make no difference at all.

It's how you address failure that determines the accomplishments and successes in your life. Obama admitted that when she was younger she was a people pleaser, and she cared what other people thought. Over time she began to measure her self-worth in terms of standard and achievement, but still believed if she "worked diligently and honestly" she would be recognized for who she is and avoided by bullies. She was very wrong. During the campaign, republicans edited one of her campaign speeches and took a remark out of context, labeling her as "angry" and "other.

I'm telling you, this stuff hurt. So focus on doing good work and liking who you are, because people will dislike you regardless. Obama came into the role of first lady not sure what form the role would take with her in it. She looked to Hillary Clinton's example, and learned that attempting to get involved in her husband's administration would impede any goals they were trying to accomplish, but wanted to do meaningful work, but wanted to take the role in a direction she hadn't seen before.

She knew it would take a lot of work, and she would likely get some pushback, but she wanted to make her time as first lady substantive and meaningful.

Let me just say a few thank yous. Let me start, of course, by thanking President Coico for that wonderful introduction, for her leadership here at City College, for this honorary degree. 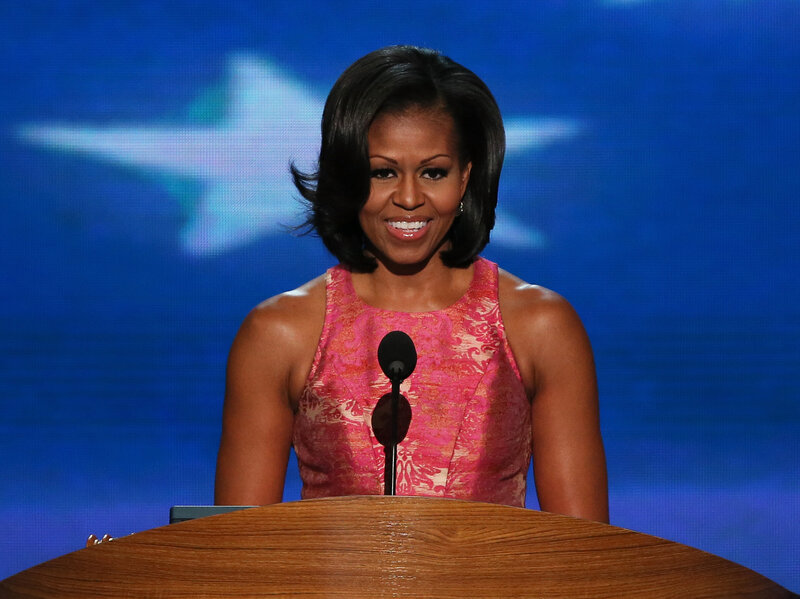 And your amazing salutatorian, Orubba Almansouri. I really don't want to follow those two. If anybody is wondering about the quality of education, just listening to those two speakers lets you know what's happening here. And I'm so proud of you both -- and to your families, congratulations. Well done. And of course, let us not forget Elizabeth Aklilu for her amazing performance of the National Anthem earlier today.

She blew it out of the water. But most of all, I want to acknowledge all of you -— the brilliant, talented, ambitious, accomplished, and all-around outstanding members of the class of ! You give me chills. You all have worked so hard and come so far to reach this milestone, so I know this is a big day for all of you and your families, and for everyone at this school who supported you on this journey.

And in many ways, this is a big day for me too. See, this is my very last commencement address as First Lady of the United States. This is it. So I just want to take it all in. And I think this was the perfect place to be, because this is my last chance to share my love and admiration, and hopefully a little bit of wisdom with a graduating class.

And, graduates, I really want you all to know that there is a reason why, of all of the colleges and universities in this country, I chose this particular school in this particular city for this special moment. And I'm here because of all of you. I mean, we've talked about it -- Antonios, I'm going to talk a little bit about diversity, thank you.

Just look around. Look at who you are. Look at where we're gathered today. As the President eloquently said, at this school, you represent more than nationalities. You speak more than different languages -- whoa, just stop there. You represent just about every possible background -— every color and culture, every faith and walk of life. And you've taken so many different paths to this moment. Maybe your family has been in this city for generations, or maybe, like my family, they came to this country centuries ago in chains. Maybe they just arrived here recently, determined to give you a better life.

But, graduates, no matter where your journey started, you have all made it here today through the same combination of unyielding determination, sacrifice, and a whole lot of hard work -— commuting hours each day to class, some of you. Yes, amen. Juggling multiple jobs to support your families and pay your tuition. Studying late into the night, early in the morning; on subways and buses, and in those few precious minutes during breaks at work. And somehow, you still found time to give back to your communities —- tutoring young people, reading to kids, volunteering at hospitals.

Somehow, you still managed to do prestigious internships and research fellowships, and join all kinds of clubs and activities. And here at this nationally-ranked university, with a rigorous curriculum and renowned faculty, you rose to the challenge, distinguishing yourselves in your classes, winning countless honors and awards, and getting into top graduate schools across this country. So, graduates, with your glorious diversity, with your remarkable accomplishments and your deep commitment to your communities, you all embody the very purpose of this school's founding.

5 of Michelle Obama’s Most Powerful Speeches EVER

And, more importantly, you embody the very hopes and dreams carved into the base of that iconic statue not so far from where we sit -- on that island where so many of your predecessors at this school first set foot on our shores. And that is why I wanted to be here today at City College. I wanted to be here to celebrate all of you, this school, this city. Because I know that there is no better way to celebrate this great country than being here with you.

See, all of you know, for centuries, this city has been the gateway to America for so many striving, hope-filled immigrants -- folks who left behind everything they knew to seek out this land of opportunity that they dreamed of. And so many of those folks, for them, this school was the gateway to actually realizing that opportunity in their lives, founded on the fundamental truth that talent and ambition know no distinctions of race, nationality, wealth, or fame, and dedicated to the ideals that our Founding Fathers put forth more than two centuries ago: That we are all created equal, all entitled to "life, liberty and the pursuit of happiness.

So really, it is no accident that this institution has produced 10 Nobel Prize winners -- applause -- along with countless captains of industry, cultural icons, leaders at the highest levels of government.

Because talent and effort combined with our various backgrounds and life experiences has always been the lifeblood of our singular American genius. Just take the example of the great American lyricist, Ira Gershwin, who attended City College a century ago. The son of a Russian-Jewish immigrant, his songs still light up Broadway today. He was a Hungarian immigrant whose harrowing escape from Nazism and communism shaped both his talent for business and his commitment to philanthropy. And just think about the students in this very graduating class —- students like the economics and pre-law major from Albania, who also completed the requirements for a philosophy major and dreams of being a public intellectual.


The educational theater student from right here in Harlem who's already an award-winning playwright and recently spoke at the White House. The biomedical science major who was born in Afghanistan and plans to be a doctor, a policy maker and an educator. And your salutatorian, whose Yemeni roots inspired her to study Yemini women's writing and to advocate for girls in her community, urging them to find their own voices, to tell their own stories.

I could go on. These are just four of the nearly 4, unique and amazing stories in this graduating class —- stories that have converged here at City College, this dynamic, inclusive place where you all have had the chance to really get to know each other, to listen to each other's languages, to enjoy each other's food -- lasagna, obviously -- laughter -- music, and holidays.

Debating each other's ideas, pushing each other to question old assumptions and consider new perspectives. And those interactions have been such a critical part of your education at this school.

Those moments when your classmates showed you that your stubborn opinion wasn't all that well-informed -- mmm hmm. Or when they opened your eyes to an injustice you never knew existed.

Or when they helped you with a question that you couldn't have possibly answered on your own.